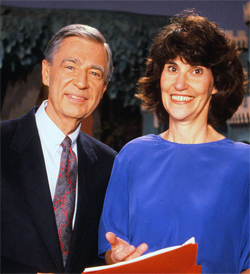 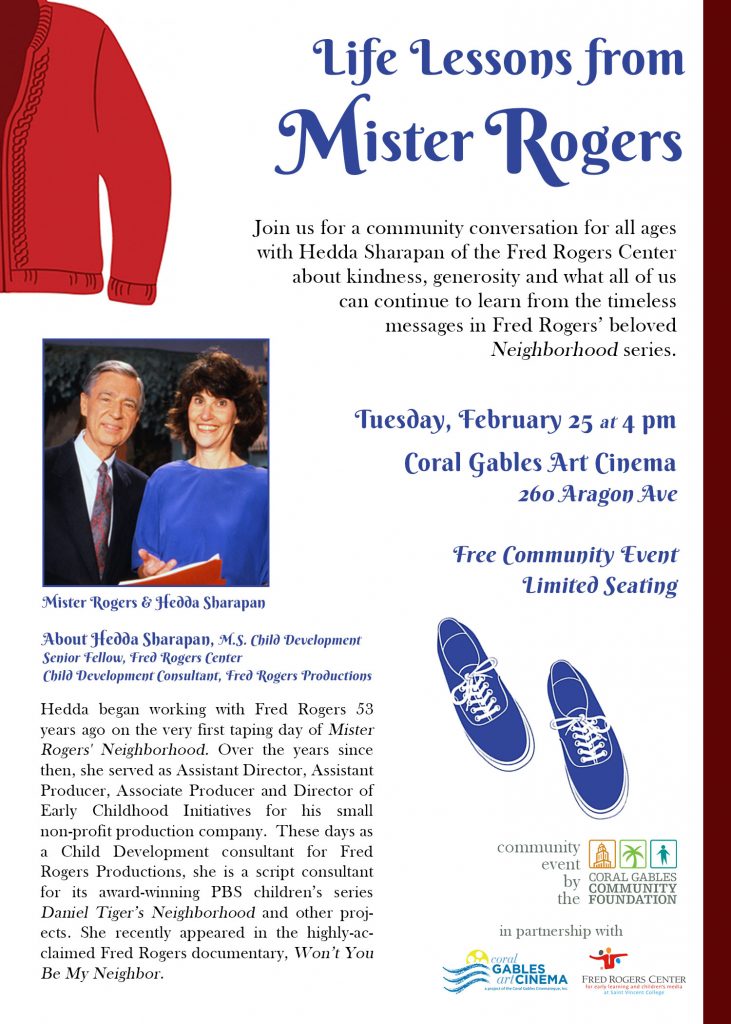 Join us for a community conversation for all ages with Hedda Sharapan of the Fred Rogers Center about kindness, generosity, and what all of us can continue to learn from the timeless messages in Fred Rogers’ beloved Neighborhood series.

Hedda began working with Fred Rogers 53 years ago on the very first taping of Mister Rogers’ Neighborhood. Over the years since then, she served as Assistant Director, Assistant Producer, Associate Producer and Director of Early Childhood Initiatives for his small non-profit production company. These days as a Child Development consultant for Fred Rogers Productions, she is a script consultant for its award-winning PBS children’s series Daniel Tiger’s Neighborhood and other projects. She recently appeared in the highly-acclaimed Fred Rogers documentary, Won’t You Be My Neighbor.

This event is sponsored by the Coral Gables Community Foundation. Accommodations provided by Hotel St. Michel.